Rodd Richards Presents and T1000 Events are proud to present the Australian tour of BASEMENT JAXX (DJ set) in April 2022! Since starting life as underground producers and party promoters in 1995, putting out their first tracks on shrink wrapped vinyl and throwing hush-hush raves in abandoned South London pizza joints, Simon Ratcliffe and Felix Buxton, collectively known as Basement Jaxx, have taken the sound of London, SW9 to the world. Widely respected as one of the world’s most legendary house duos, Basement Jaxx have been global crowd favourites for over 20 years. Following their sold out Orchestrated shows in 2019, The legendary BRIT award winning duo Basement Jaxx return to Australia in 2023 bringing with them an all out sensory assault of dance floor classics including their number hits ‘Where’s Your Head At, Red Alert, Romeo, and Good Luck’. 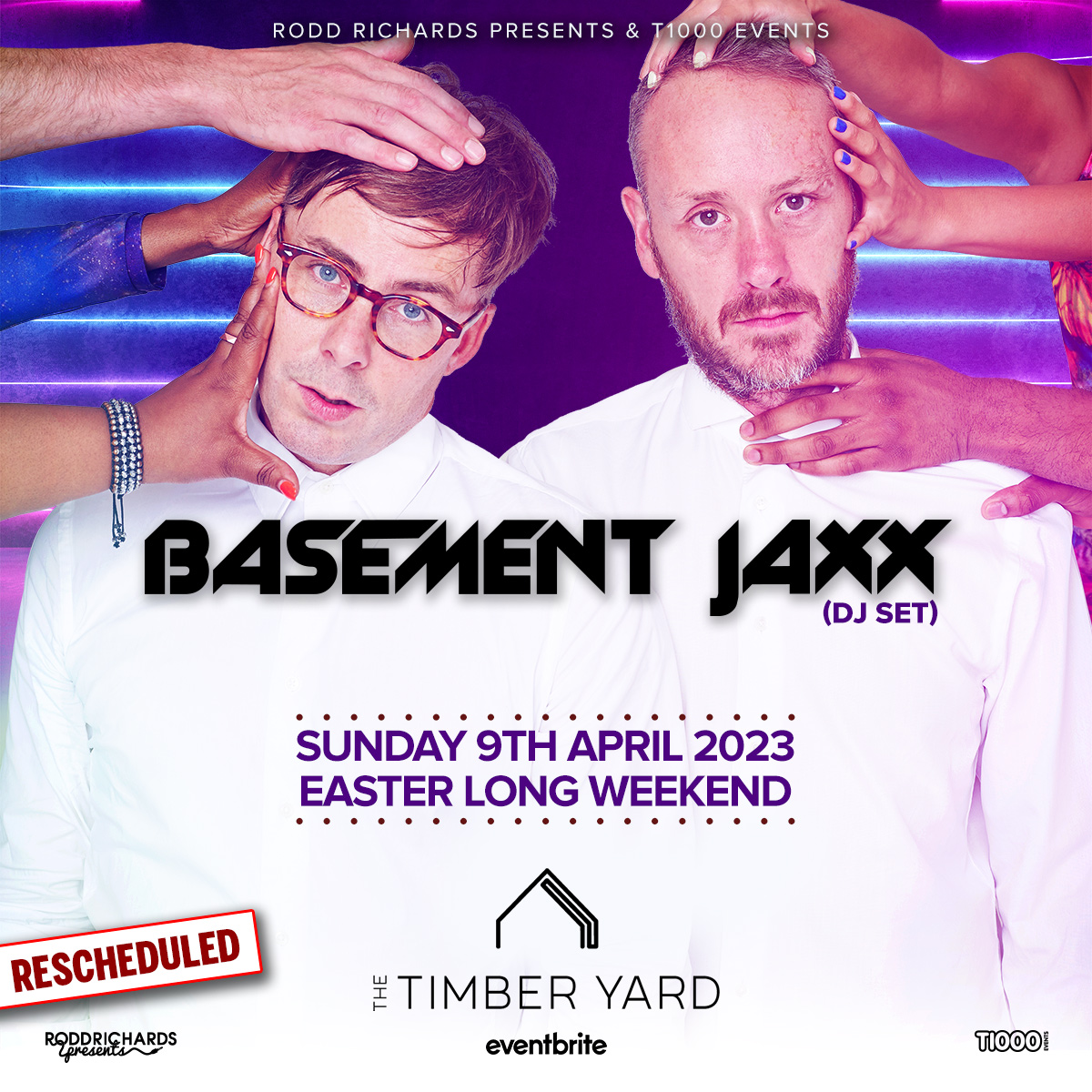 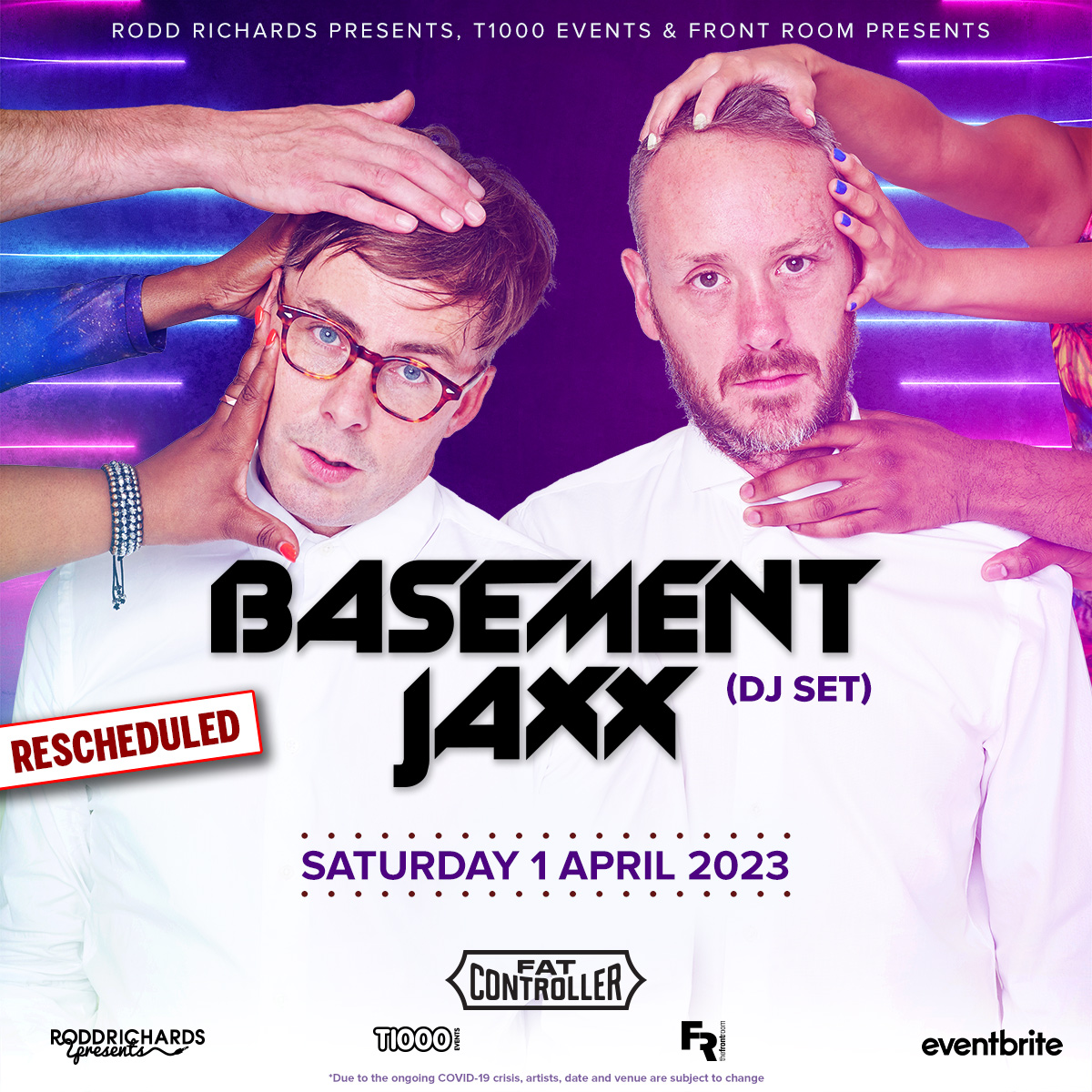 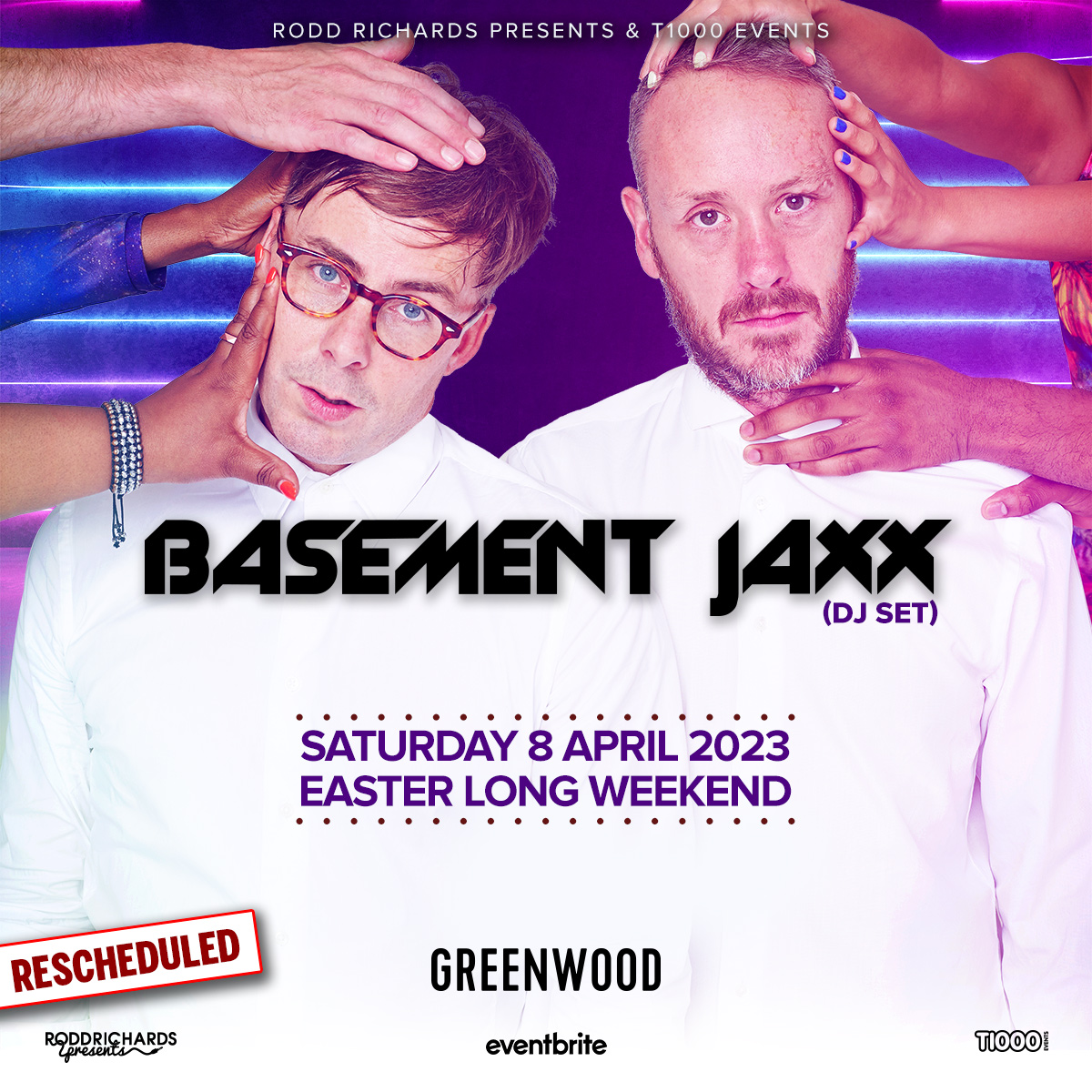 Following extensive consultation with stakeholders nationally and internationally, it is with heavy hearts we confirm that both our Basement Jaxx and Roger Sanchez tours must be rescheduled.
CLICK HERE FOR THE BASEMENT JAXX TOUR STATEMENT

PLEASE understand the critical position that COVID has brought upon the music and event industry. We have suffered irreparable financial losses and it has brought many of us to our knees. However, despite the impact of COVID, we are determined to survive and deliver this tour.

On this note, we urge you to please hold on to your tickets and support our industry. In doing so you will allow us to persevere and continue to deliver the acts, artists, tours and events that you love.

REFUNDS / CREDIT NOTES:
Your tickets will be 100% valid for the rescheduled dates. If you are unable to make the rescheduled shows, please contact us via the email below. In line with Australian Competition and Consumer Commission (ACCC) guidelines will are able to offer a full refund in the form of a credit note to use at any of our future events Australia-wide until 01 January 2025.